Where Does My Dog Come From? 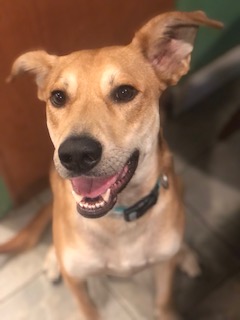 If you’re like me, you will say, “the local animal shelter.” But, let’s look a little deeper. Although we base our conclusions on loads of evidence, remember some of it is educated guessing.

First, consider the history of the domesticated dog. A previous belief was that modern dogs are descendants of wolves; however, more recently it has been discovered that both modern day wolves and modern-day domesticated dogs come from a now extinct ancient wolf.

This is interesting when looking at our rainbow variety of dogs because it raises the question, why did descendants of ancient wolf split into two quite different animals. One is similar to its ancient ancestor and remains wild. The other can be, for example, a Pomeranian who is happy to chill out on the sofa all day.

Scientists have two primary theories about this split. One is that prehistoric humans had an interest in wolves because they could provide services like, warmth, protection and assistance in hunting. So, perhaps, they had an ancient “breeding club.” They found more docile pups, took them into their community and bred them to create a more friendly dog. The second theory is that less timid wolves were brave enough to come close to ancient humans’ camps and learned to scavenge for their food.  These dogs then naturally interbred becoming very comfortable with humans. In effect, they domesticated themselves.

Either way I think we can all agree that the relationship between us and our dogs is symbiotic, and mutual needs of each are fulfilled by the other.

When we look at the hundreds of breeds of dogs we currently have and all of the variables in temperament, athleticism, color, coat and size, it’s important to understand the possible origin of their ancestors. Humans, in a constant effort to fulfill needs, saw an important ally in the dog. In every part of the world people began selecting dogs who were good at and interested in fulfilling an immediate need, which would account for all the modern variations.

Tragically, some breeds have been valued for physical characteristics alone rather than to accomplish any specific purpose.  This trend has created many breeds that are fragile and vulnerable requiring a carefully maintained life, frequent veterinary care, and specialized feeding. In my opinion, it’s these exaggerated physical qualities that are damaging the domestic dog, and more importantly, leaving the individual dog uncomfortable and unhappy. That’s why I’ll always adopt a nice mutt into my family!

Since most dogs were first bred for a specific “job” it’s important to keep in mind when assessing our pet dogs’ struggles and strengths. At The Mannered Mutt we feel it is critical to be sure to allow appropriate outlets to do these “jobs” (in addition to all basic life skills), whether urban herding, hunting games, or brain games. This is critical to maintain any dog’s health and happiness which will eliminate the most unwanted behaviors driven by stress, boredom, or worry.

So, next time your dog acts up, consider researching its predominant breed and ask yourself, “Could my dog just be unfulfilled?” 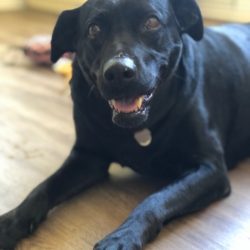 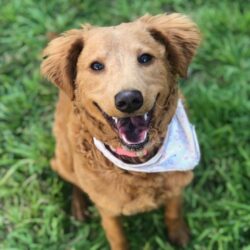